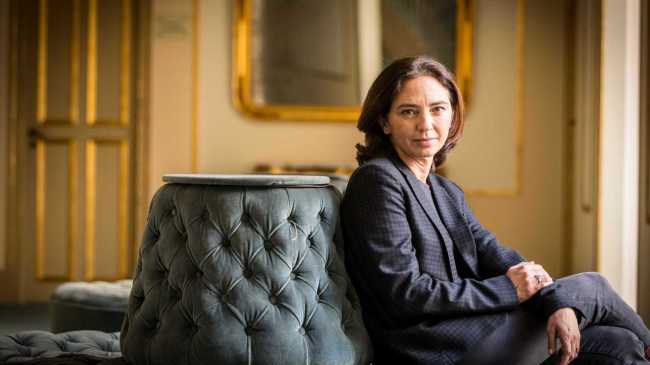 Ines de Medeiros is the Mayor of Almada, although she was born in Vienna, Austria in 1968, she moved to Portugal in 1975, where she made her entire academic career where she studied Portuguese Literature and Philosophy with the Faculty of Human and Social Sciences at the New University of Lisbon. She also attended Theater Studies at the Sorbonne de Paris. Medeiros now resides in Lisbon.

Before her election as Mayor of Almada, Medeiros first became involved in active politics in 1995 as Youth Representative at the first election of President Jorge Sampaio. Between 2009 and 2016 she was a Member of the Assembly of the Republic, elected by the Socialist Party for the District of Lisbon and the District of Setúbal, having belonged to the Committee on Culture, Communication, Youth and Sport; Committee on Education, Science and Culture; Labor and Social Security Commission; Committee on Constitutional Affairs, Rights, Freedoms and Guarantees (alternate); as well as the Ethics Subcommittee.

Alongside her duties as Mayor of Almada, Medeiros maintains her role as Counselor on the RTP Opinion Council and as President of the Assembly of the Portuguese Academy of Cinema. She has always been involved in cinema and theater, having acted as an actress in numerous feature films in Portugal and abroad, with directors such as Pedro Costa, Joao Botelho, Jacques Rivette, Joaquim Pinto, Jose Fonseca and Costa, among others. As a director, she made five documentary films, having participated and received several awards in important international film festivals.