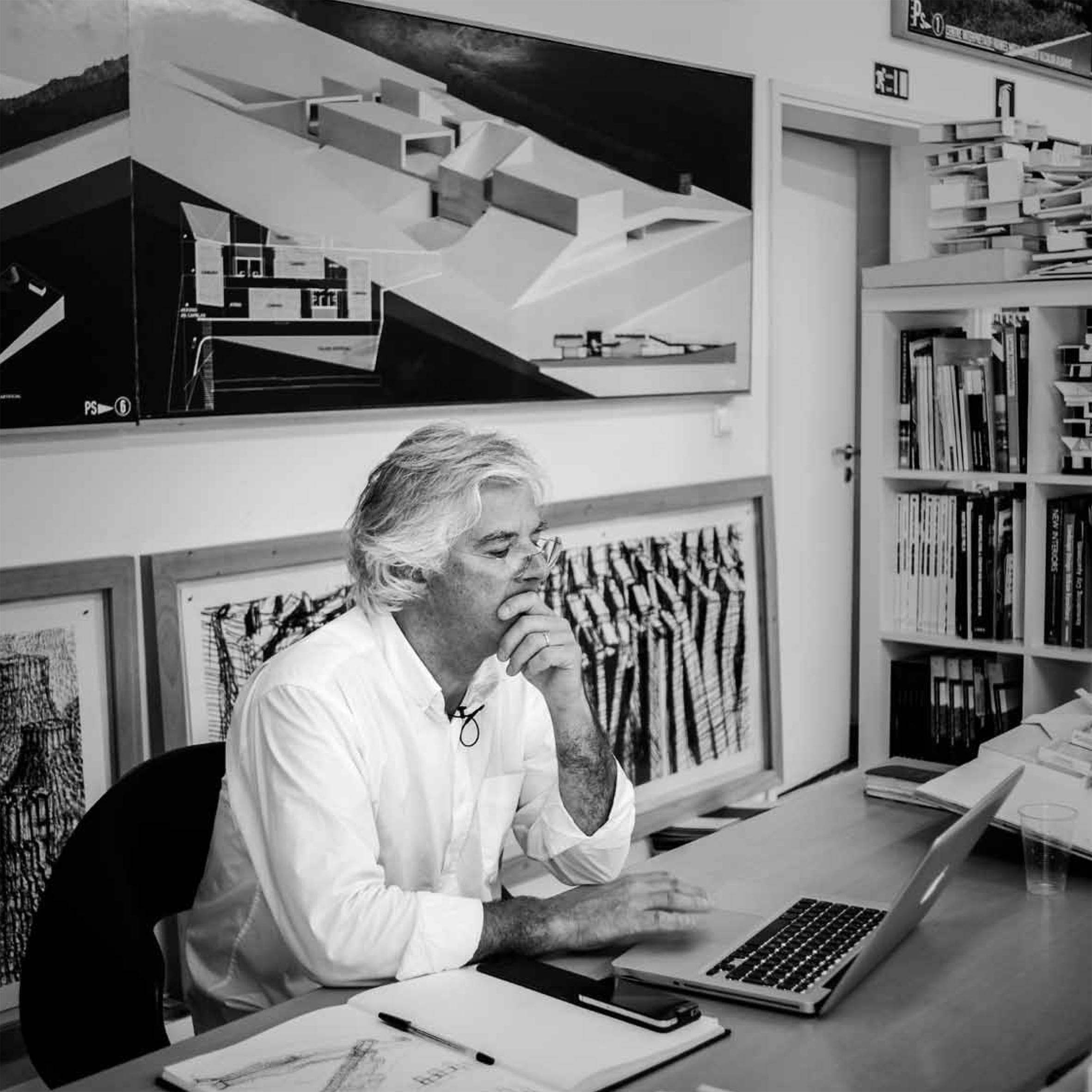 João Santa-Rita, graduated in Architecture in 1983 at the Lisbon School of Fine Arts, and he is founding partner of  Santa-Rita & Associados. In 2006 he was invited for being a Member of the Akademie Fur Baukultur. In 2014 he was elected President of the Portuguese Chamber of Architects, and in 2016 elected Vice-President of the International Congress of the Portuguese Language Architects, CIALP.

In 1990 he was awarded with an Honourable Mention in the International Competition for the Revitalization of the Ulugh Beg Center, Samarkand in Uzbequistan, and in 2001 won the First Prize in the International Competition for the Urban Plan for Almada Nascente in Partnership with WS Atkins and Richard Rogers Partnership. In 2012 he was selected for the Mies Van der Rohe Prize 2012, with Manuel Vicente, with the Project for the Refurbishment of the casa dos Bicos a XVI century Monument. In 1994 he was Mecenas of the exhibition "Piranesi - Invenções, Caprichos e Arquitecturas", in the Portuguese Heritage Institute and in 2017 he was mecenas of the Project to install the ArCo, Art Center, in a former Market Place in Lisbon.