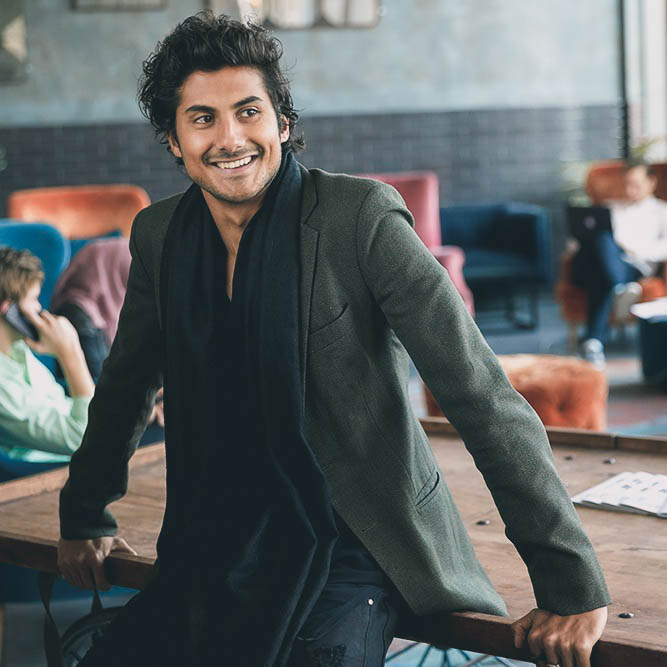 Reza's journey started whilst in his first year at the London School of Economics. Frustrated by the lack of high-quality and affordable accommodation for fellow students in London, he decided to tackle this problem by creating his own lettings agency, Share in the City. Seeing an opportunity to provide a superior product in the market, Share in the City quickly evolved into The Collective, with a focus on developing and operating living space for young professionals.

In May 2016 The Collective opened the world’s largest (546 units) and UK’s first co-living building, The Collective Old Oak. Now, at the age of just 29, Reza has his sights set on rapid global expansion starting with three cities in the US and two in Germany. The Collective’s second building is due to open in Canary Wharf in Summer 2019 – Canary Wharf takes on all the learnings from Old Oak and brings another first to the co-living industry. It will be the first co-living building to offer a truly flexible way of staying in the city, with a hybrid model that merges both short stay and long stay, meaning members can choose to stay anywhere from one night to 12 months, whilst always enjoying the same Collective experience.

With cities evolving faster than ever before, putting stress on persistent problems such as lack of affordable housing and migration in urban areas, governments, and philanthropic ventures are still using old ways to tackle new challenges. As the Founder and CEO of this disruptive startup, Reza is already using his platform and knowledge to give others the opportunity to manifest their dreams. Through Reza, The Collective envisions a world where people are given the opportunity to better themselves and in turn the world around them.

Reza believes that collectively, ordinary citizens can do extraordinary things.