The Women Shaping Cities: Who to Follow, What to Read, Watch and Listen to

On the occasion of International Women’s Day and Women’s History Month, we’ve compiled a selection of sources what to read, watch, listen to, or follow to amplify the female voices acting to improve the built environment.

Women have come a long way in the quest for equality across professions and industries. While the situation is still far from ideal, the shift in the status quo is explicit, and things are gradually changing for the better.

The good news is that all of us can be an ally to the cause. One simple thing everyone can do to contribute is educating ourselves — learning about female practitioners and theorists, reading articles by women and about women in the industry while highlighting female voices.

Since the beginning, reSITE has worked to strike gender balance both on the stage, in the audience and now with our content. By bringing together a diverse portfolio of voices, we believe we can create provocative conversations around city-making that reflects the needs of inhabitants more honestly, ultimately creating more socially balanced communities.

Madame Architect is an online magazine focusing on women currently shaping the architecture industry. It features female practitioners across backgrounds and areas of expertise. The platform has been founded by women in architecture aiming to empower and give advice to other female professionals whose experiences are often not reflected in male-dominated media.

Looking for some other reads? While the focus is not solely on works of women, designboom and World Architecture Community, two desgin media powerhouses are both founded and headed by two female editors-in-chief, Birgit Lohman and Berrin Chatzi Chousein, respectively. Another worthy mention is ArchDaily's managing editor, Christele Harrouk.

What to read from reSITE

At the core of WallaceLiu’s projects is a design practice called adaptive reuse. In the age of the quest for sustainability, adaptive reuse is becoming more of a necessity for city-makers worldwide.

Bianca Wylie is a Toronto-based, open-government advocate among the early critics to raise concerns about privacy issues of the Sidewalk Lab’s now-defunct controversial smart neighborhood proposal on Toronto’s waterfront land.

What is Luxury? Interview with Dara Huang at reSITE 2018

Dara Huang is an award winning architect and founder of Design Haus Liberty, an architectural firm that often works with clients to design high-end buildings.

Associate Director and Senior Architect for UNStudio, Marianthi Tatari, says that technology is the driving force behind the design for uncertainty and the future of our cities.

Leona Lynen sets a path for a publicly-planned revitalization of Berlin’s Haus der Statistik in the wake of a unique opportunity for Berliners to partner with their government.

reSITE to Rebalance Gender Inequality in Architecture and Design

reSITE aims to do its part in elevating female voices as an opportunity to achieve social balance in architecture and design. By bringing together all different backgrounds we can create provocative conversations around housing and quality of life that reflects the different needs of everyone.

What to Listen to...

To enhance your understanding of city-making in the globalized world, particularly through the eyes of women, catch the Third Wave Urbanism podcast launched by two female urbanists Katrina Johnston-Zimmerman and Kristen Jeffers. In thirty-seven episodes, they touch upon critical topics in city-making, explaining the way cities operate for their inhabitants and focusing specifically on the matters of equality and social inclusion.

Our love for podcasts doesn't end there. One of the longest running podcasts of all time, Design Matters, is headed by Debbie Millman, which has featured designers, writers, artists, curators, musicians, thought-leaders and other creatives who share insights their stories about their way of becoming professionals.

Design and the City

A rising tide that raises all ships—Julia Gamolina’s efforts with Madame Architect in building a culture of community and collaboration give the diverse stories, perspectives, and the women they belong to a seat at the table. Listen to her episode on Design and the City. Photo courtesy of Sylvie Rosokoff

A vast, unoccupied administration building in the heart of Berlin at Alexanderplatz - Haus der Statistik - has become a prototype for gentrification done right. Hear from Leona, a member of the cooperative, ZUsammenKUNFT, as she discusses how they are developing a mixed-use urban space oriented towards the common good. Photo courtesy of Nils Koenning

Why is Birth a Design Problem with Kim Holden

Can rethinking and redesigning the ways birth is approached shift the outcomes of labor and birth experiences? Can it be instrumental in improving our qualities of life--in our environments, in cities, and beyond? Architect and founder of Doula x Design Kim Holden join Design and the City to explore how she sees birth as a design problem. Photo by Kate Carlton Photography

Associate Director and Senior Architect at UNStudio, Marianthi Tatari, dissects different aspects of city-making that threaten the quality of life such as mono-functional spaces and commoditized smart cities and how to approach designing them with optimism. Photo courtesy of UNStudio

We are taking on the devastating Beirut explosion with two of the city's natives. They will share their perspectives on what rebuilding the city of Beirut could look like after such an unbelievable event. Photo courtesy of Rami Rizk.

Managing editor of Wallpaper* magazine China - Yoko Choy - is on a mission to translate insights from eastern and western design spheres into a common creative language. Listen as she discusses their similarities and differences with Beatrice Leanza, (MAAT), Jamie Wallace and Jee Liu (WallaceLiu). Photo courtesy of Damo Yang.

reSITE aims to do it’s part in elevating female voices as an opportunity to achieve social balance in architecture and design. Every year at our events, we work to curate an outstanding portfolio of women, experts in their discipline to speak on our 360-degree stage.

We've compiled a compilation of talks and lectures from reSITE's featured presentations from various events over the past 8 years. But don't stop there! Catch the whole playlist featuring a plethora of inspiring women in the fields of design, architecture, city planning and beyond on the reSITE YouTube channel. 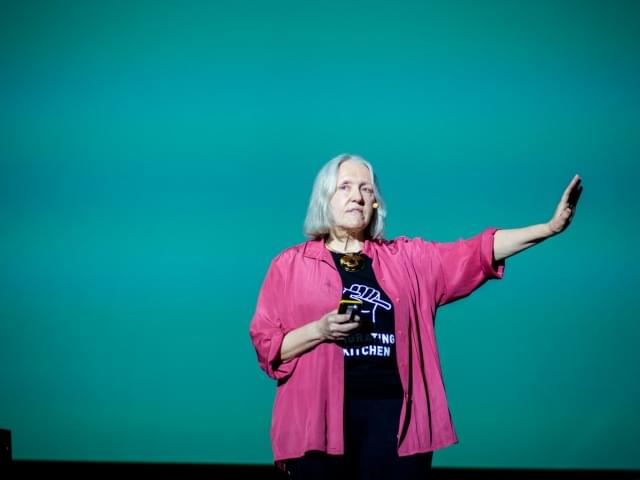 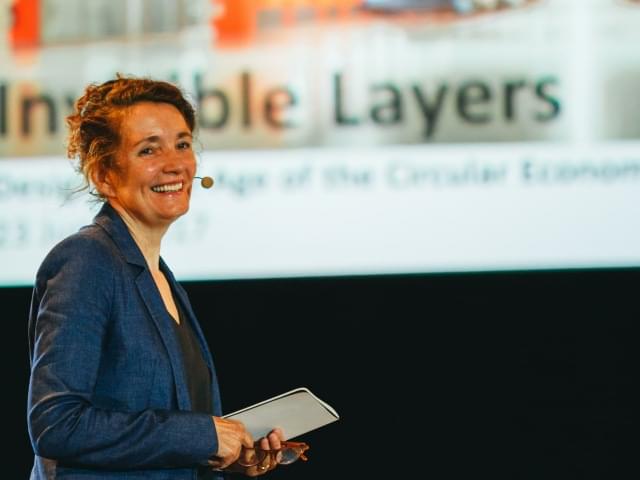 We spoke with Caroline Bos at DOX, Prague's Center for Contemporary Art, about her perception of the architectural profession. 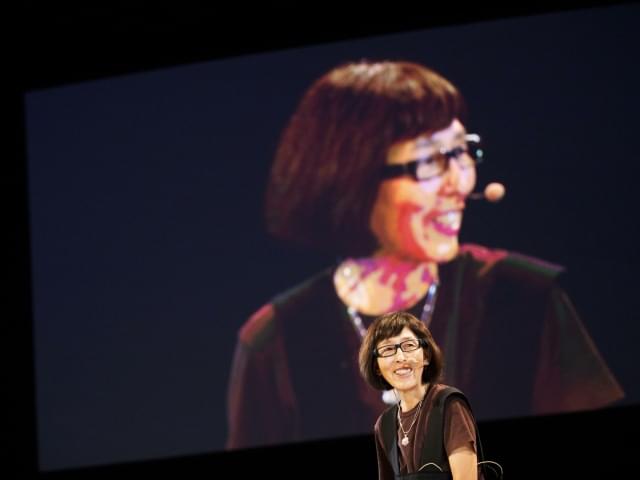 Kazuyo Sejima, founding partner of Tokyo-based SANAA discusses her approach to design in the modern world. 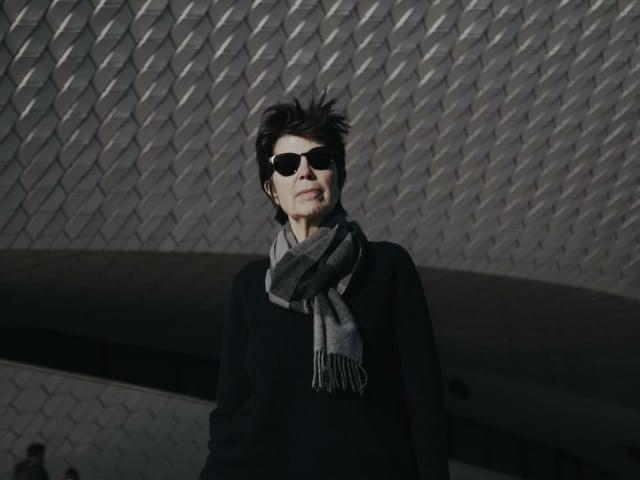 Sound is Always There with Elizabeth Diller

Elizabeth Diller, founding partner of Diller Scofidio + Renfro, speaks on ithe mportance of sound in architecture and the evolving role of the architect in an increasingly multidisciplinary world and contemplates how to design buildings that transcend time, accommodating the continuous evolution of the activities and art forms that will exist within them.

Bianca Wylie on the Power of the Collective

Bianca Wylie has made waves in the urban design world for speaking out against digital surveillance by casting a spotlight on the implications of the mining of that data by private corporations and the commoditization of the data gathered from citizens in public spaces. 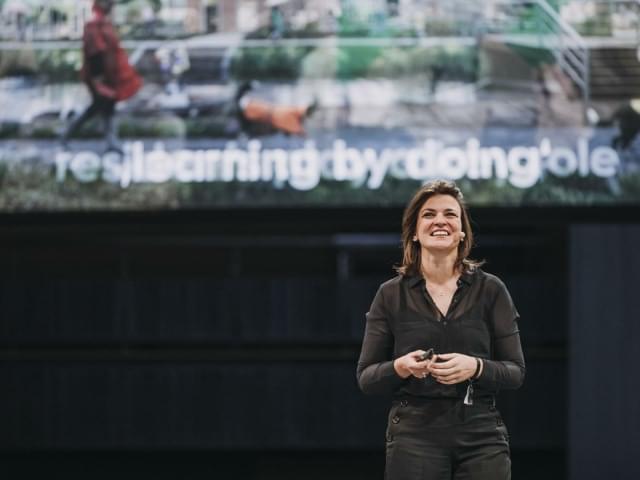 Marianthi Tatari on Building the Smartest City in the World


115
reSITE 2019 REGENERATE
Urban Design Talks
Marianthi Tatari
Winy Maas on Why Dreaming About the Future of our Cities is Essential, Sound is Always There with Elizabeth Diller, Sou Fujimoto on Reinventing the Relationship Between Nature & Architecture, City Is an Extraordinary Animal
Remembering a Bright Urbanist Mind: Michael Sorkin, A New Generation of Architects with Chris Precht, Human-Centered Smart Cities with Marianthi Tatari

Associate Director and Senior Architect and UNStudio, Marianthi Tatari believes that technology can play a role in creating more sustainable cities and applies an optimistic approach to its role in our public spaces in lieu of the growing controversies. 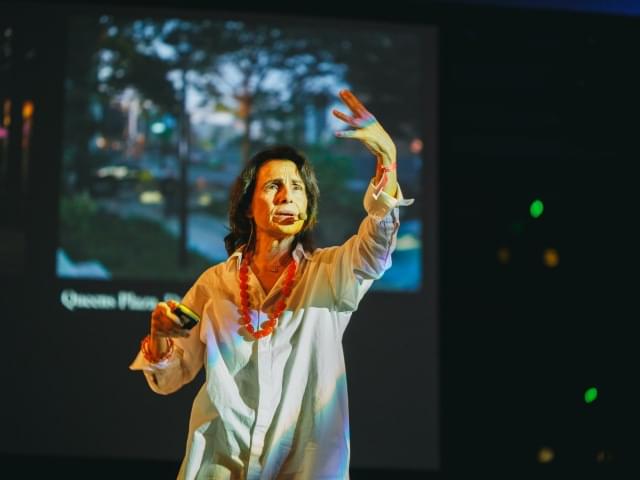 Leni Schwendinger on Nighttime Design for the 24-Hour City

Leni Schwendinger, the founder of NightSeeing™ and the International Nighttime Design Initiative, discusses the role of lighting design to create a 24-hour city, aiming to utilize lighting design to activate after-hours urban spaces, where people in public feel safe and included. 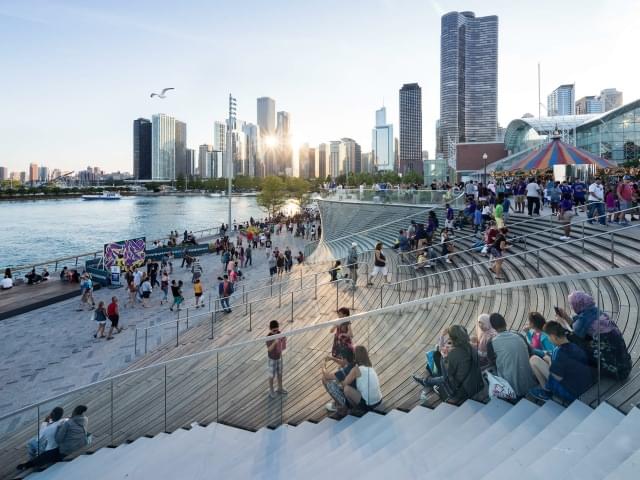 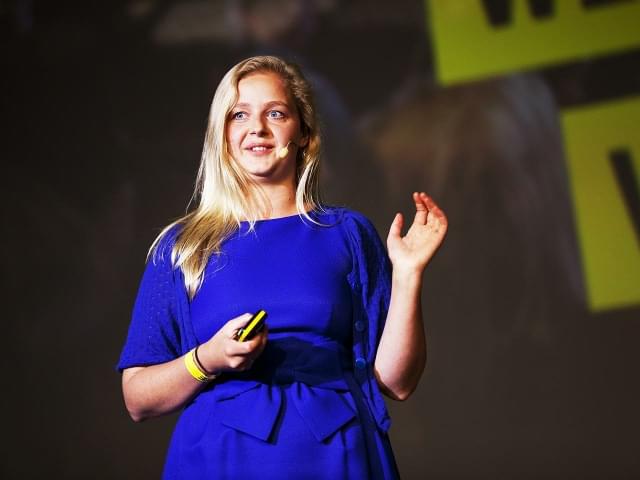 Pakhuis de Zwijger is a platform in the city of Amsterdam for collaborative city making curated and directed by Charlot Schans and Egbert Fransen. 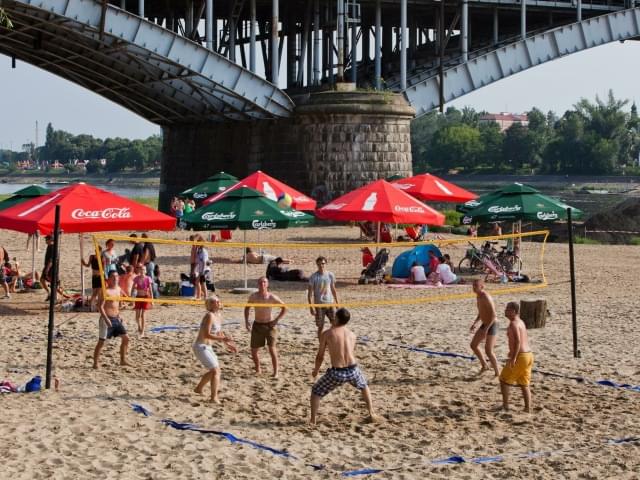 Marlena Happach is the director for the Department of Architecture and Planning for the city of Warsaw. 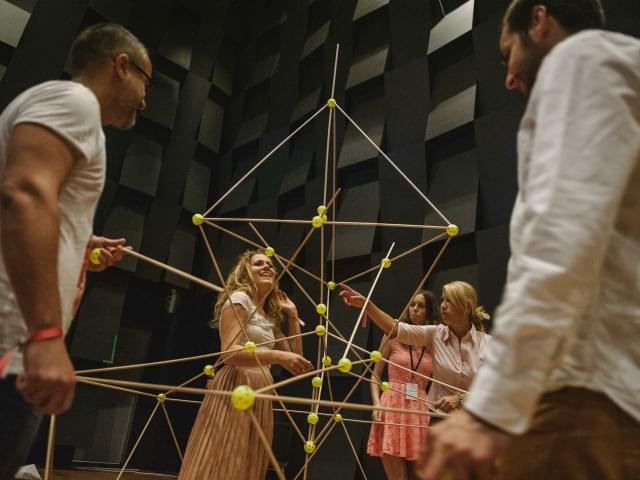 Gilly Karjevsky, a Berlin-based independent artist, curator, and co-director of ‘72 Hour Urban Action’, talks about the potential urban wastelands hold as sites of public-facing urban intervention that focus on local communities on a human scale.

We've rounded-up some inspiring women, some even past reSITE speakers making waves in the urbanism, design and architecture spheres of social media. Follow, get inspired, engage and be a part of the conversation!

Part W is an action group of women campaigning for gender parity across the built environment. #WeArePartW

Tech Reset founder and reSITE speaker, Bianca Wylie has been called the Jane Jacobs of Smart Cities, blowing the whistle on the technology companies meddling in public spaces for data-harvest, and ultimately, profit.

"The city is not a lab; it is not in the public’s interest to subsidize private companies’ experiments with little to no oversight"

Leni Schwendinger is a public lighting theorist and reSITE alum that works toward creating wonderous environments, particularly in nighttime design.

Scientists analyzed 1,700 cities RE: safe-street design. How does the way we design our cities affect the #publichealth burden? Get people out of cars in the first place, to design cities to use motor vehicles less. #walkability #streetdesign #urbandesignhttps://t.co/cwncm7eDrX

Former Chief Planner for the City of Toronto and renowned urbanist, Jennifer is an visionary voice in the advocating for progressive urbanist changes in the Canadian capital.

For reasons that are difficult to explain, we have accepted the long commute as the foundation of modern life. But imagine living within a 15 minute walk of everything that you need on a typical day. The 15-minute neighborhood is a better way to live. https://t.co/8XycH7xwIK

Past reSITE speaker Kate Wagner, founder of the funny-because-its-true McMansion Hell blog which picks apart American “luxury homes,” exposing them for the extreme waste of resources and heinous architecture that they really are while her sarcasm makes architecture criticism more accessible.

ok y'all you have to see this image from a texas house that was submitted on the mcmansion hell live stream. you are simply unprepared for this. pic.twitter.com/x0KkSKDKPG

Follow #WomenMakeCities across social platforms and join in on the conversation striving for gender equality.